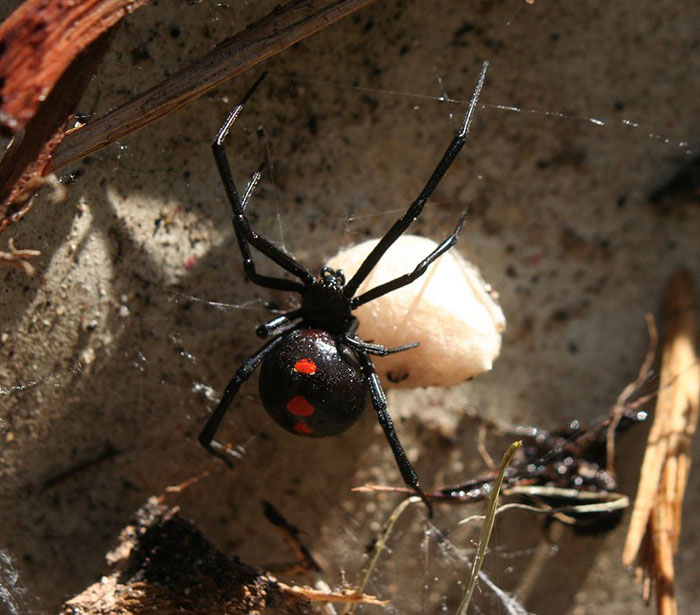 Many people believe that spiders are beneficial because they eat other pests. Schopen Pest Solutions, however, believes that most are species of pests that need to be eliminated. Though very few spiders found in Illinois and Wisconsin will actually bite a human and even fewer can actually cause fatal harm to a healthy adult, some spider bites can be very serious for children and older adults. Biting spiders you might find in this region include:

By far the most common biting spider found in the Midwest, common sac spiders is not particularly poisonous, though their bites are irritating. You will not feel immediate discomfort, but a mild sore can develop within a day or so of getting bitten. Usually, the sore will clear up within a week, and it can disappear even faster if you visit a doctor and get antibiotics to prevent secondary infections.

Though they are not common, brown recluses have been sighted in the Midwest. Their bodies measure about half an inch, not including the leg spread, and as the name implies they are tan to brown in color. If you are bitten, you may not feel anything until six to twelve hours later, and over the next several days the sore can become extremely painful, like an open wound or ulcer. Visit a doctor and call the exterminators immediately if you suspect you have a brown recluse bite.

The term “black widow” can refer to a variety of spider species, all with a characteristic reddish hourglass mark on their backs. The Northern widow is the most likely to be found in the Midwest, though they are still uncommon. Black widow venom actually contains very powerful neurotoxins, so after being bitten you may experience spasms and back pain. Again, visit a doctor immediately if you suspect you have been bitten, then call an exterminator. Leave these potentially dangerous arachnids to pest control professionals.

Bee stings are all too familiar during the summer season. In this video, you will learn about the reasons why bees and other stinging insects use…

If you are struggling with a pest invasion on your property, consider scheduling a power spray service from Schopen Pest Solutions. Our bug removal…