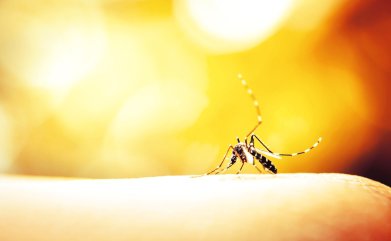 Between spiders, mice, and wasps, there are plenty of pesky pests that may bother you as you try to relax outdoors. When it comes to mosquito control in Crystal Lake, however, your interactions with outdoor pests may elevate from inconvenience to serious danger. In addition to their itchy bites and the potential to harm livestock, mosquitoes are known to carry a number of diseases that can threaten your general health or that of your family members. Read on to learn about the problems associated with mosquitoes.

If you notice a high volume of mosquitoes on your property, it is a good idea to call your local pest control service immediately; although you cannot tell if they carry diseases, prevention is key in staying safe and preserving your health. Certain mosquitos may carry St. Louis Encephalitis, which is a potentially fatal disease that tends to have more pronounced effects on individuals over the age of 60; it is worth noting, however, that St. Louis Encephalitis can affect people of any age. While humans tend to receive this disease from mosquitoes, it is the bird population that actually maintains it; mosquitoes feed on infected birds, and then they go on to bite humans and transfer the disease.

Perhaps the most recognizable disease carried by mosquitoes is the West Nile Virus. This virus is similar to St. Louis Encephalitis in that mosquitoes transfer the disease from birds to humans, but it is different in that those who are bitten by a West Nile Virus-carrying mosquito stand a better chance of making a full recovery. West Nile Virus also tends to affect older individuals more critically, but this age range starts at 75 rather than 60 years old.

Mosquitos that carry Eastern Equine Encephalitis are particularly dangerous because of the severely ill effects that the disease may have upon humans. This disease is more likely to be fatal than any other mosquito-borne disease, and even those who survive tend to experience serious impairments like paralysis and mental disabilities. Eastern Equine Encephalitis is most dangerous to those under 15 or over 50.

Although mice and rodents are small, they can cause major damage to your home. If you are worried about a mouse control issue on your property, do…

Exterminators in Crystal Lake know everything there is to know about house mice, including their habits, their size, and how to conduct proper…