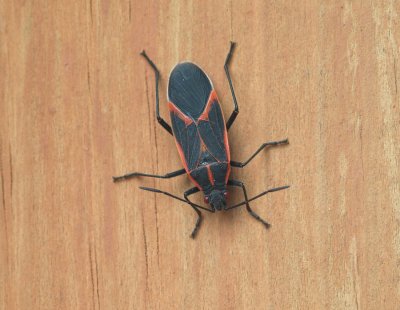 When outdoor temperatures start to gradually warm up, your backyard could be at a greater risk of developing a boxelder bug infestation. Boxelder bugs, which are found across North America, prefer to make their homes in the boxelder tree. During the height of summer, thousands of these insects can swarm a single boxelder tree. With services from a bug exterminator near Crystal Lake, you can remove a boxelder bug infestation from your property. To help you gear up for summertime bug control, here is a look at some important facts about boxelder bugs.

While boxelder bugs can be a serious nuisance during the summer season, they typically will not invade your property during other times of the year. During the height of summer, increased daytime temperatures signal the boxelder bugs to start nesting in mature maples and boxelder trees. Once they have reproduced over the course of the summer season, the adult boxelder will find warm hiding places where they will be protected during the winter.

Boxelder bugs are so named because they prefer to live in mature boxelder trees during the hot days of summer. The trees provide plenty of shelter and shade for their eggs, and the adult boxelder bugs also feed on the boxelder seeds. If you have boxelder trees in your backyard, it is important to be aware of the threat that these insects pose to your property.

Boxelder Bug Infestations Can Be Prevented

If your home or property has been infested with boxelder bugs in past seasons, there is a good chance that they will return to your home this summer. In order to prepare your home for a boxelder infestation, you should contact a pest control company before the start of their summer breeding season. A bug exterminator will be able to treat your boxelder trees so that they are undesirable for nesting insects. Additionally, your exterminator may also recommend that you seal up cracks in your home’s doors and windows.