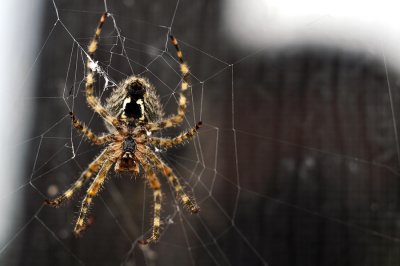 No one wants to find a spider in their home, but some species evoke more fear and are more dangerous than others. If you’re thinking about calling a bug exterminator because your home may have a brown recluse spider infestation near Crystal Lake, then read on to learn some important facts about this insect.

Brown recluse spiders are light to dark brown in color and are known for having a dark brown marking on their backs in the shape of a violin. These insects are just ¼ to ½ inch long, have 8 legs, are round, and are found mostly in the south-central Midwest between Nebraska and Ohio down to Georgia and Texas.

As their name hints, brown recluse spiders are not typically seen active because they are nocturnal. These insects feed on small bugs and spin webs into which they retreat, rather than use for catching prey. Brown recluse spiders normally live outdoors. When inside a building, they are often seen in areas that are usually quiet and undisturbed, such as crawl spaces, basements, attics, and closets.

The brown recluse does not bite humans instinctively and does so only in defense. Both males and females of this species are venomous, but their bites are not typically felt. However, people bit by these spiders usually experience a stinging sensation followed by intense pain that can last for 8 hours or longer. A small blister typically forms as the site of the bite and can progress into an open ulcer. Common symptoms of a brown recluse spider bite include fever, restlessness, and difficulty sleeping.

If you think you may have a brown recluse spider problem, then consider contacting a bug exterminator about spider control services. To protect yourself until the spiders are addressed, do not leave clothing on the floor and keep garments and shoes stored in containers. Finally, shake out any items of clothing that aren’t stored in a container before you wear or wash them.